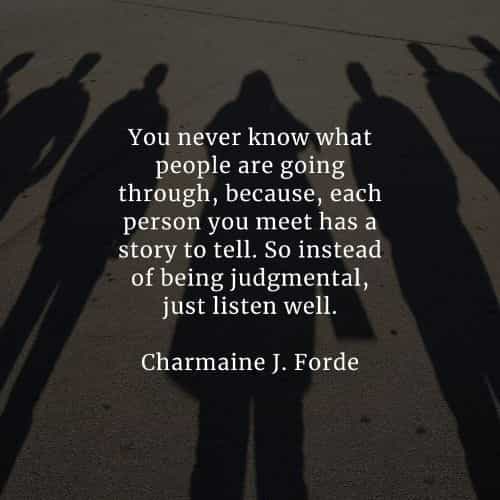 1. You never know what people are going through, because, each person you meet has a story to tell. So instead of being judgmental, just listen well. – Charmaine J. Forde 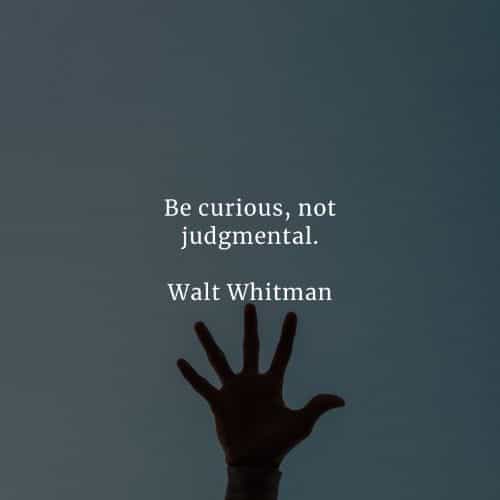 2. Be curious, not judgmental. – Walt Whitman 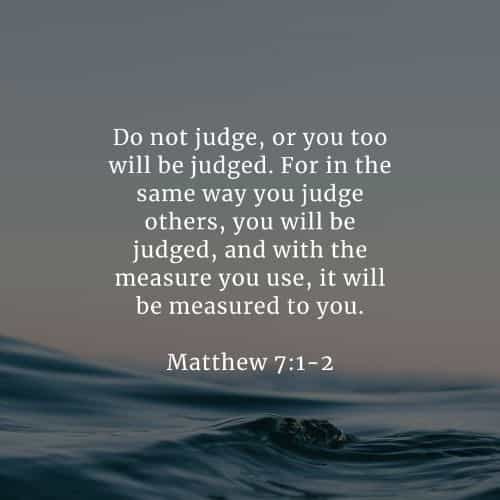 3. Do not judge, or you too will be judged. For in the same way you judge others, you will be judged, and with the measure you use, it will be measured to you. – Matthew 7:1-2 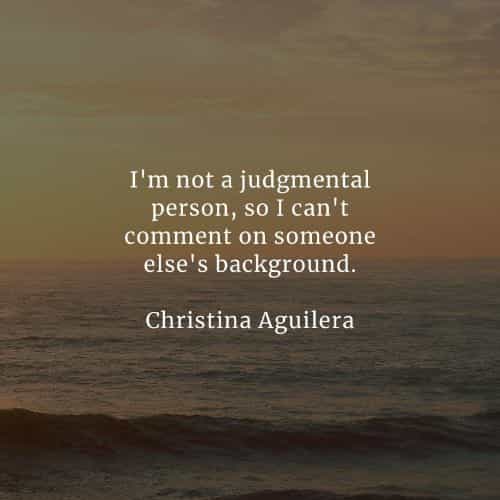 4. I’m not a judgmental person, so I can’t comment on someone else’s background. – Christina Aguilera 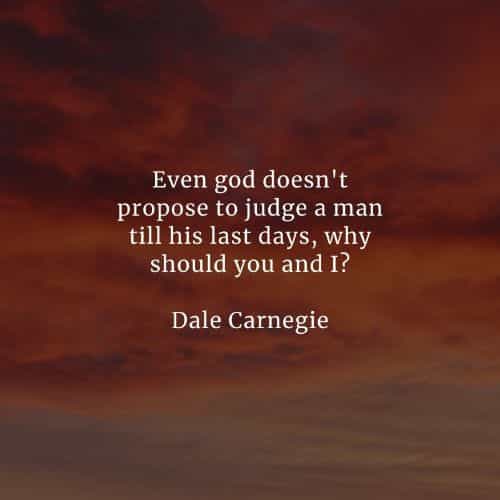 5. Even god doesn’t propose to judge a man till his last days, why should you and I? – Dale Carnegie 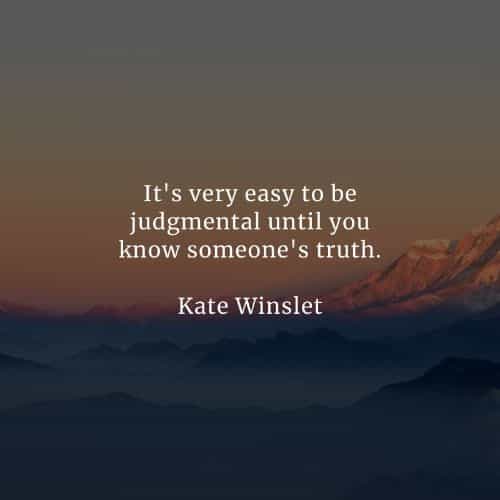 6. It’s very easy to be judgmental until you know someone’s truth. – Kate Winslet 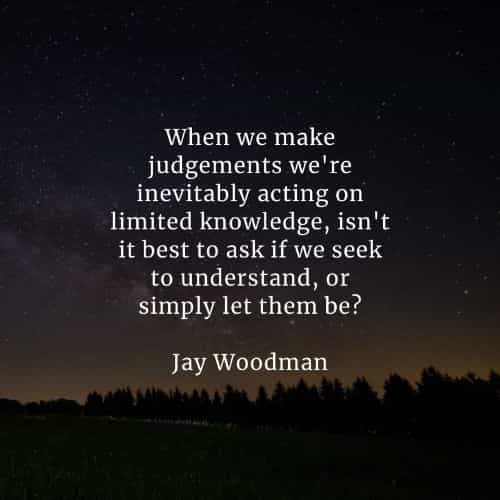 7. When we make judgements we’re inevitably acting on limited knowledge, isn’t it best to ask if we seek to understand, or simply let them be? – Jay Woodman 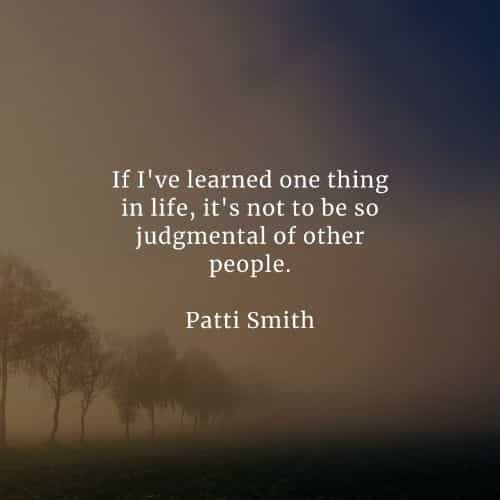 8. If I’ve learned one thing in life, it’s not to be so judgmental of other people. – Patti Smith 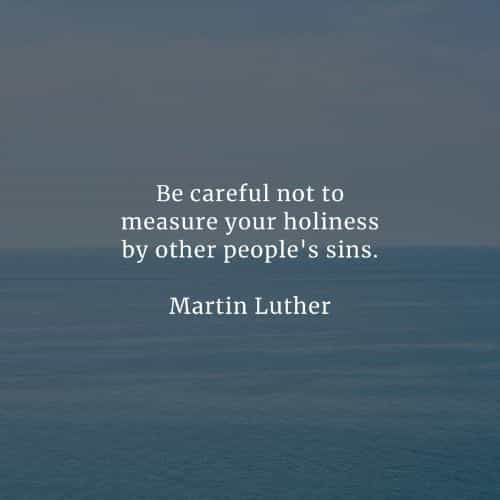 9. Be careful not to measure your holiness by other people’s sins. – Martin Luther 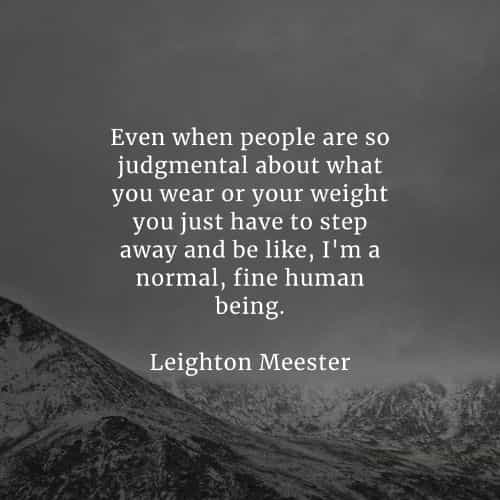 10. Even when people are so judgmental about what you wear or your weight you just have to step away and be like, I’m a normal, fine human being. – Leighton Meester 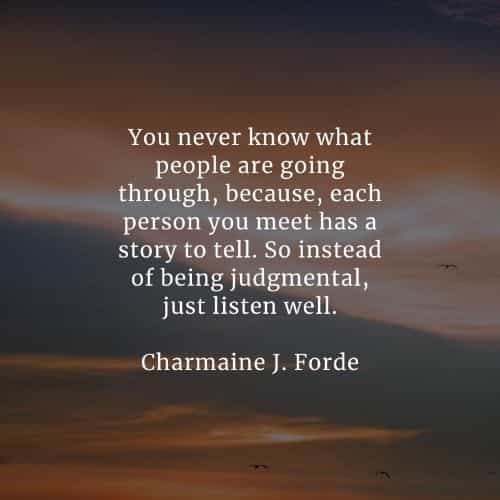 11. You never know what people are going through, because, each person you meet has a story to tell. So instead of being judgmental, just listen well. – Charmaine J. Forde 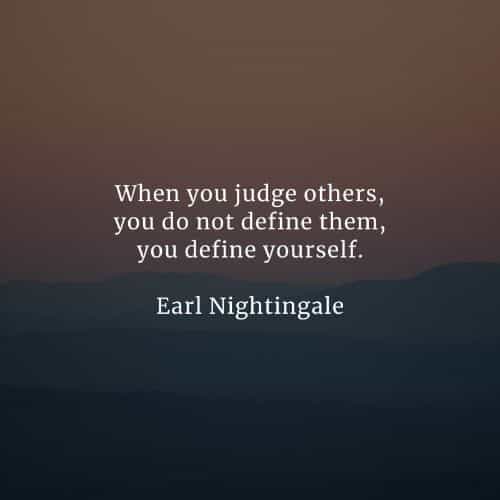 12. When you judge others, you do not define them, you define yourself. – Earl Nightingale 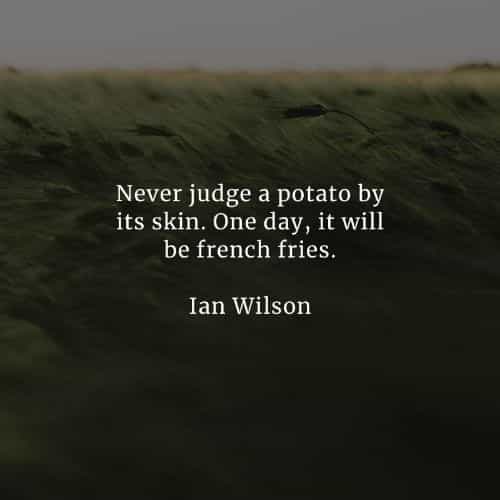 13. Never judge a potato by its skin. One day, it will be french fries. – Ian Wilson 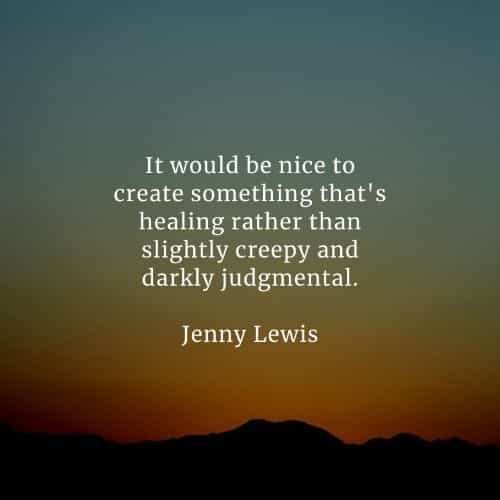 14. It would be nice to create something that’s healing rather than slightly creepy and darkly judgmental. – Jenny Lewis 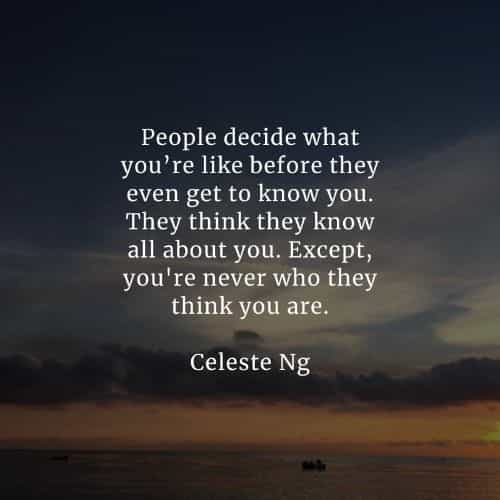 15. People decide what you’re like before they even get to know you. They think they know all about you. Except, you’re never who they think you are. – Celeste Ng 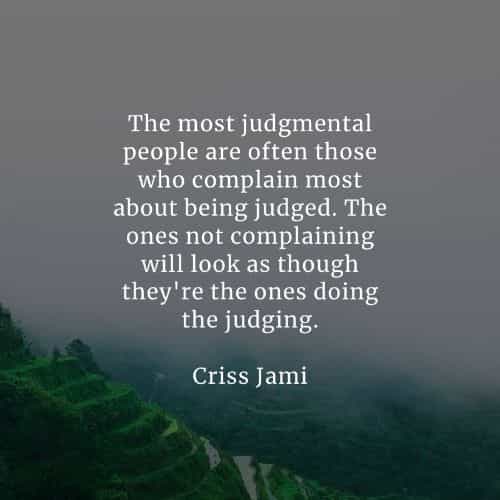 16. The most judgmental people are often those who complain most about being judged. The ones not complaining will look as though they’re the ones doing the judging. – Criss Jami 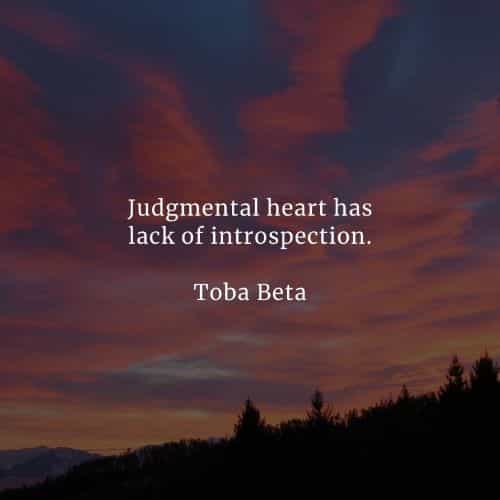 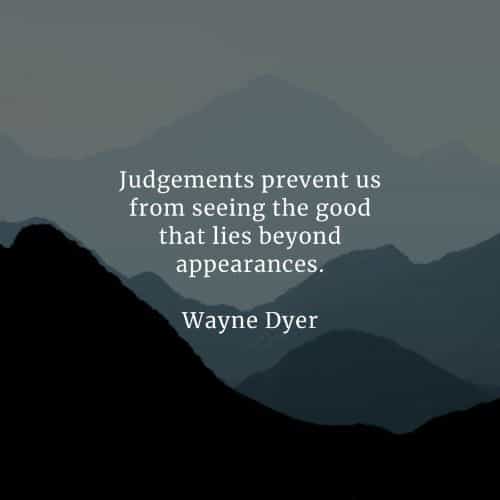 18. Judgements prevent us from seeing the good that lies beyond appearances. – Wayne Dyer 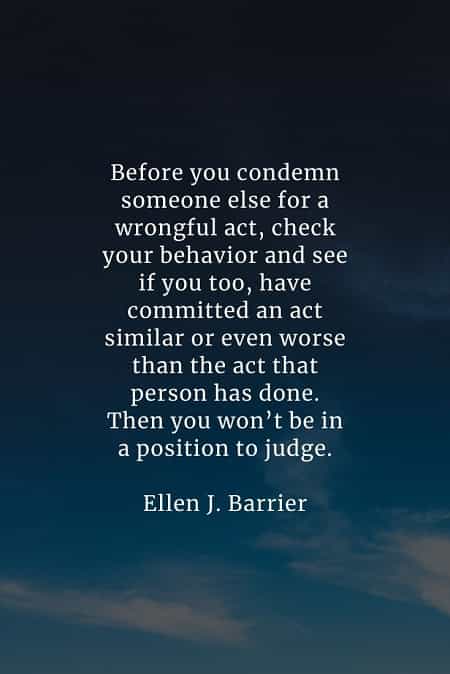 19. Before you condemn someone else for a wrongful act, check your behavior and see if you too, have committed an act similar or even worse than the act that person has done. Then you won’t be in a position to judge. – Ellen J. Barrier 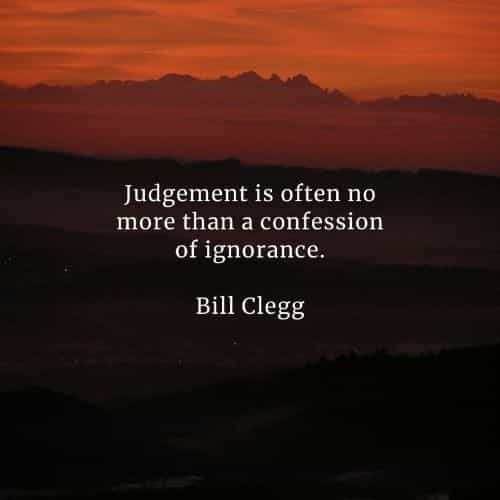 20. Judgement is often no more than a confession of ignorance. – Bill Clegg 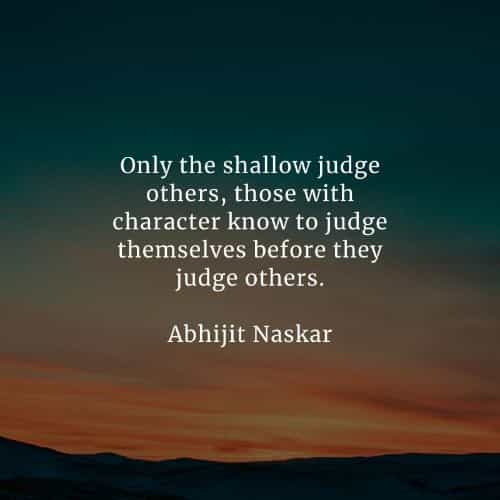 21. Only the shallow judge others, those with character know to judge themselves before they judge others. – Abhijit Naskar 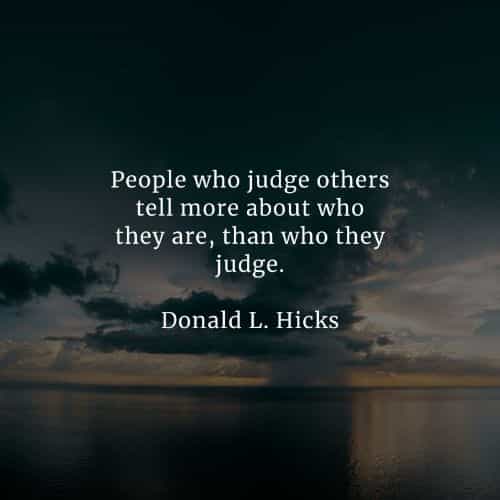 22. People who judge others tell more about who they are, than who they judge. – Donald L. Hicks 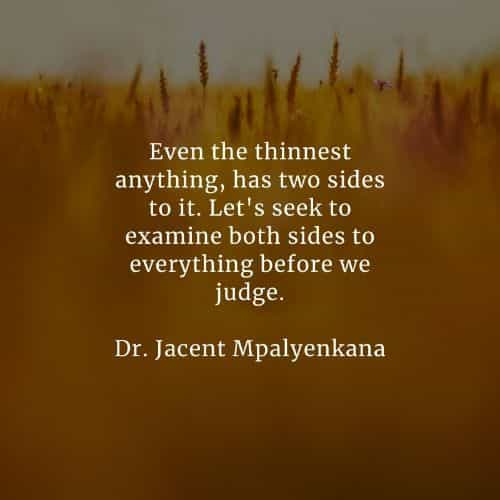 23. Even the thinnest anything, has two sides to it. Let’s seek to examine both sides to everything before we judge. – Dr. Jacent Mpalyenkana 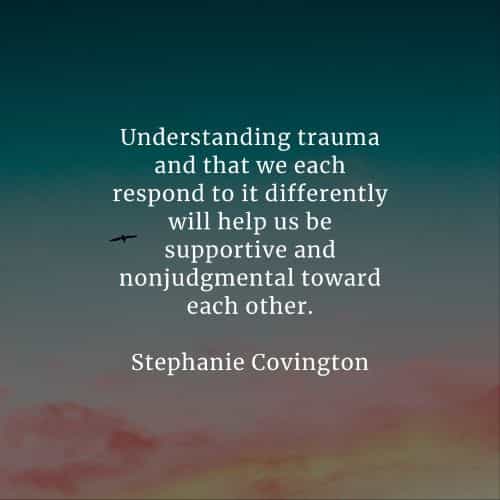 24. Understanding trauma and that we each respond to it differently will help us be supportive and nonjudgmental toward each other. – Stephanie S. Covington 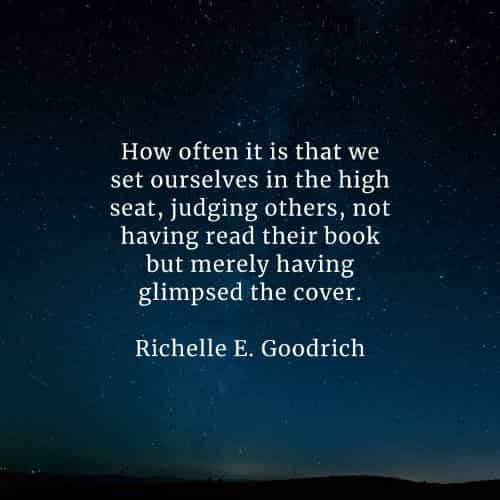 25. How often it is that we set ourselves in the high seat, judging others, not having read their book but merely having glimpsed the cover. – Richelle E. Goodrich 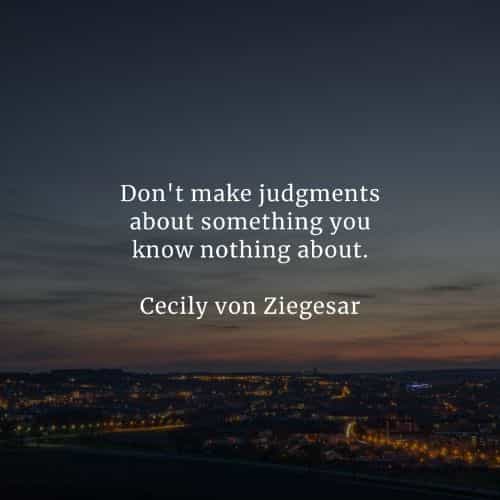 26. Don’t make judgments about something you know nothing about. – Cecily von Ziegesar 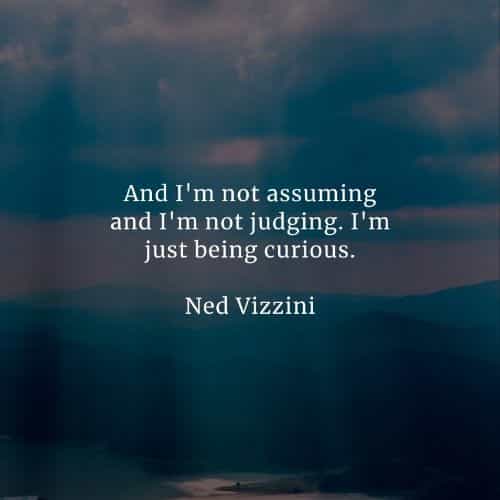 27. And I’m not assuming and I’m not judging. I’m just being curious. – Ned Vizzini 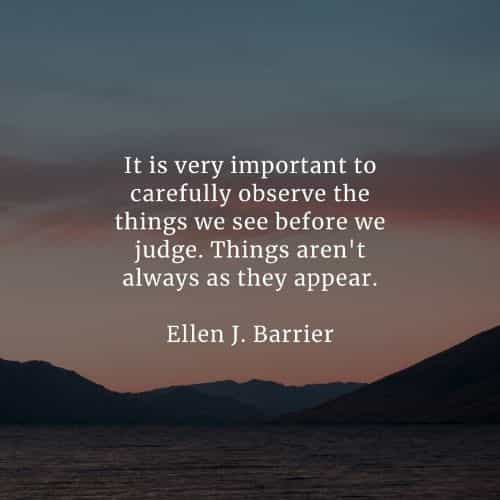 28. It is very important to carefully observe the things we see before we judge. Things aren’t always as they appear. – Ellen J. Barrier 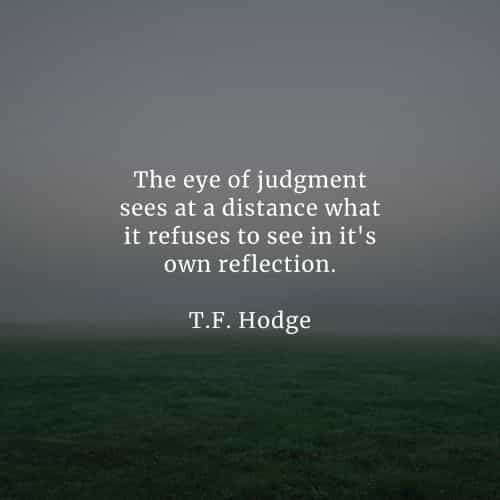 29. The eye of judgment sees at a distance what it refuses to see in it’s own reflection. – T.F. Hodge 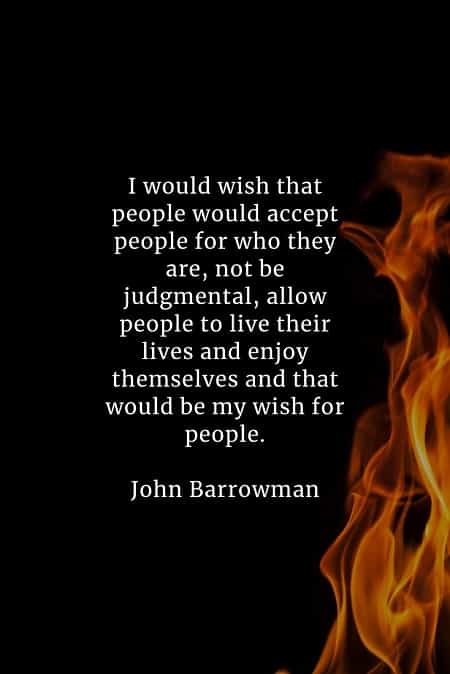 30. I would wish that people would accept people for who they are, not be judgmental, allow people to live their lives and enjoy themselves and that would be my wish for people. – John Barrowman

55 Inspirational quotes about life and happiness

45 Monday quotes and sayings to start your week positive

70 Famous quotes and sayings by Aristotle

60 Failure quotes that will unlock your path to success

41 Adversity quotes that will help you think positively

55 Inspirational quotes about life and happiness

20 best Love Quotes For Her Straight from the Heart

55 Anger quotes that’ll help you realize what matters most